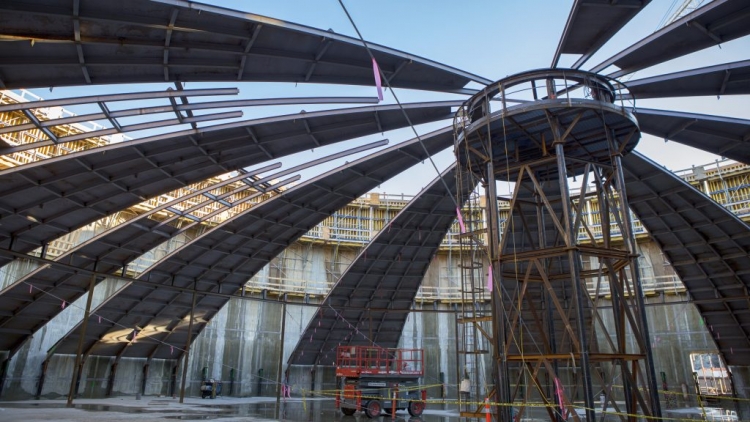 The roof of Canada's first propane storage tank is being constructed in segments and the roof will be air lifted into place in January. It is part of the AltaGas Ridley Island Propane Export Terminal.

The construction team building Canada’s first liquid propane export terminal on the West Coast in Prince Rupert is being watched by propane hungry eyes, especially those in Asia, as Calgary’s AltaGas Ltd. has committed $450 to $500 million to opening this new facility in northern B.C. by spring 2019.

“It is important to demonstrate that we are capable of developing this resource and construction is done exactly on schedule with the project,” said Dan Woznow, AltaGas vice-president of energy exports. “It is relatively a small project (by global standards) but it is being watched in Asia as a new opportunity and resource to diversify its market.”

Asia and India are both large consumers of propane for domestic uses such as heating and cooking while B.C. has an over-supply of propane.