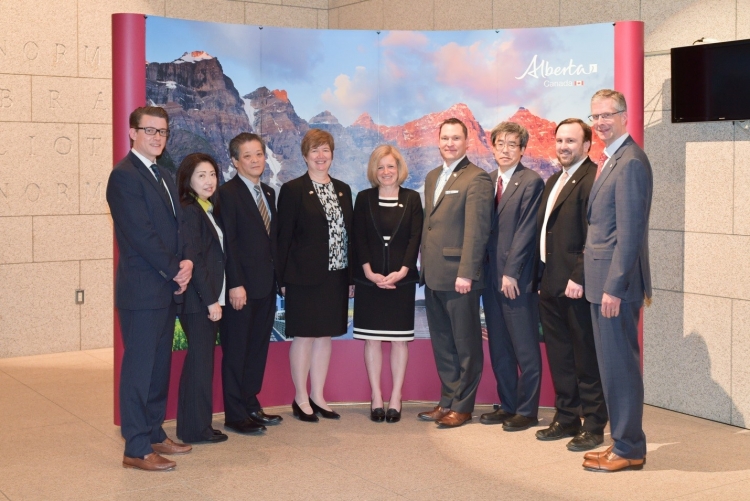 On April 26 the Alberta Government, with support from the Federal Government, organized a one-day seminar in Tokyo entitled Alberta-Canada Energy Opportunities, as part of their trade mission activities to the Asia Pacific region. The seminar included government and industry speakers from Japan and Alberta. Premier Rachel Notley, Economic Development and Trade Minister Deron Bilous, the Ambassador of Canada to Japan, Ian Burney as well as representatives from the Alberta and Federal governments attended. Premier Notley and the Ambassador mentioned the Ridley Island Propane Export Terminal Project in their speeches.

Wendy Thomas, Senior Director Energy Exports-Commercial attended the seminar on behalf of AltaGas along with 230 representatives from Japanese industry. “The participants expressed their enthusiasm about propane exports from Canada and congratulated AltaGas on a successful Final Investment Decision, and our progress with the Project,” said Wendy. “The Alberta Government was pleased that AltaGas could participate, noting we attracted a lot of interest to their seminar and provided an opportunity to showcase the positive results that Alberta companies are having with exports to Japan.”