On October 30, AltaGas reported third quarter 2019 financial results which represents the first consolidated quarter-over-quarter results including the acquisition of WGL Holdings, Inc. AltaGas also reaffirmed its 2019 outlook, and provided an update on its business and near-term priorities, which remain on track.

Building Upon the Momentum in Midstream

Marking the first full quarter of operations, RIPET contributed $37 million of EBITDA in the third quarter of 2019 and received approximately 40,000 bbl/d for delivery to Asian markets, averaging two ships per month.  Third quarter EBITDA from RIPET benefited from a higher average FEI-Mt. Belvieu hedge rate of US$14 per barrel that included second quarter supply hedges that were rolled forward to the third quarter. The resulting impact to third quarter EBITDA is a one-time benefit of approximately $5 million. As the cornerstone asset of our Midstream business, RIPET has extended our integrated value chain in northeast British Columbia, attracting additional volumes to our system, providing strong netbacks, as well as advancing future growth across our platform.

“RIPET has been successful in capturing incremental value for Canadian propane in international markets - a win-win for our producers and AltaGas. Our focus now is execution at the terminal to gain scale and efficiencies that will allow us to grow our export capabilities by further increasing capacity.”

For more on our third quarter performance, read our full news release or join our conference call and webcast.

(1) Non-GAAP measure; see discussion in the advisories of this news release and reconciliation to US GAAP financial measures shown in AltaGas’ Management's Discussion and Analysis (MD&A) as at and for the period ended September 30, 2019, which is available on www.sedar.com. 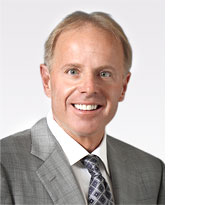 Randy Crawford, our President and Chief Executive Officer, summarizes the strategic and operational progress we achieved in the third quarter of 2019. 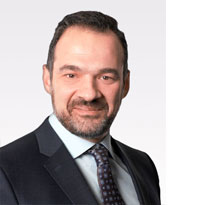 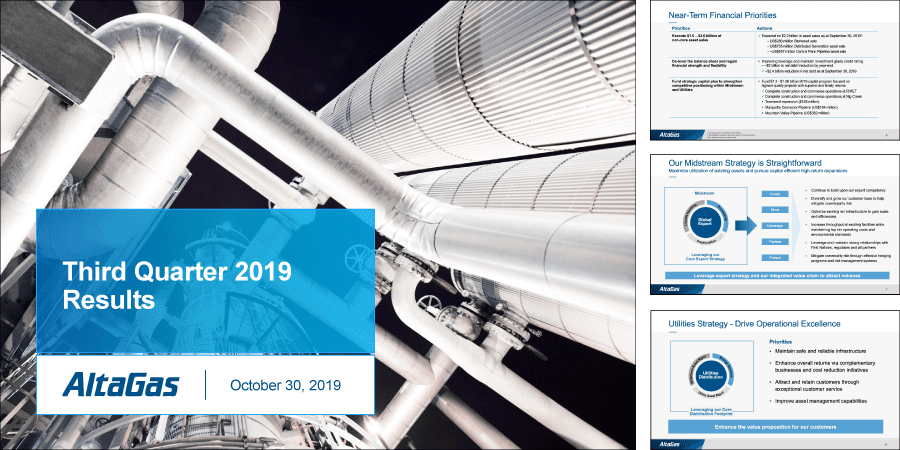